These specialty viewing windows are underwater windows that allow the viewer to be able to see fish at hatcheries, rivers etc. The two underwater windows were designed to fit into the fish ladder in Iffezheim. Here in the upper Rhine valley the water is dammed by several barrages. The ladders enable the fish to migrate back to their hatching grounds bypassing the dams. As the current in these bypasses is high, a constant observation of the underwater flow is necessary to check if the fish can actually make it up the ladder.

The Hydrosight windows replace existing glasses, which were not performing well. Because of the current and the risk off scratches, Hydrosight used laminated safety glass. Fish ladders in rivers are one of the few exceptions, were Hydrosight recommends safety glazing. Standard underwater windows make use of acrylic.

Chris Pardela is fish biologist and project coordinator of this fish counter. He explains why they chose underwater windows and not an underwater camera.
To begin with it seemed easier to mount underwater cameras in the stream. This would have lead to lower initial costs. However Chris and his team have deliberately decided for fixed mounted underwater windows and a "dry" camera. This decision was primarily made because of quality. The biologists need the best imagery possible, as they have to identify and count many fish in a matter of seconds. So why does using underwater windows result in higher quality? This obvious question does not have an intuitive answer.

An underwater window puts space between your lens and your motive, which cannot be cluttered by particles. That's not only good for Chris and his fish counter, but generally anybody, that enjoys the view of Hydrosight underwater windows. 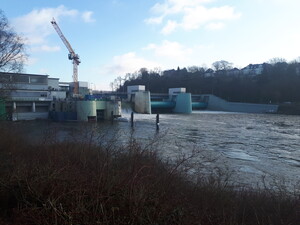 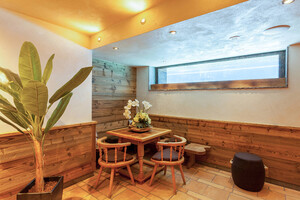 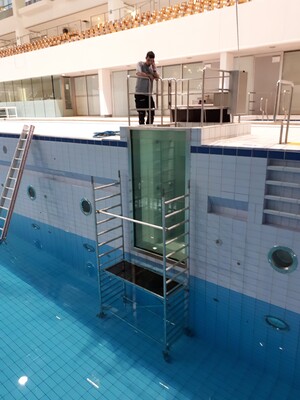 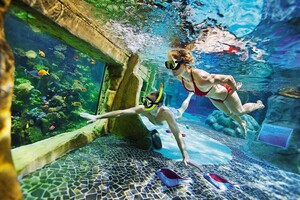